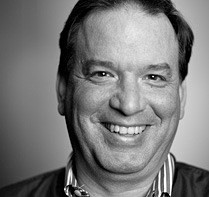 Jay Waters is a native Alabamian currently in the middle of his third career, teaching full-time in the Advertising and Public Relations Department at the University of Alabama.  Before joining the University, Jay worked for Luckie and Company advertising in Birmingham for over 23 years.  His first career was in the retail grocery business, working over a decade for Food Town/Food Giant stores in Birmingham.

Throughout all of those careers, Jay has been interested in writing and photography.  His mother, Mary, was an accomplished commercial artist who was always undertaking various personal art projects around the house.  His father, Jerry,  was a construction worker who had a serious photography habit. One of Jay's earliest memories is coming into the darkroom that his father had built in the back room of their home in Bessemer. In the dim red glow of the darkroom lights, Jay saw the white metal trays filled with photographic chemicals as his father developed the photos he had taken that day. That early exposure to photography stuck with Jay as one of his earliest artistic influences.

While Jay has had a lifelong interest in writing and photography, he has been able to invest more time in these pursuits in the last seven years, especially mobile phone photography.  Mobile phone photography of the images and scenes and stories that just naturally appear during one's day, whether at home or traveling, is the focus of Jay's work.  This reflects Jay's artistic influences, drawn from various fields: Edward Hopper, Randy Newman, Flannery O'Connor, Walker Evans, Ansel Adams, and Alfred Bierstadt. In particular, Jay was influenced by the black and white photographs from the Civil Rights Movement when he was growing up in the 1960s, photos from photographers such as Gordon Parks, Spider Martin, and Charles Moore.

Jay's approach to mobile photography is really about serendipity – to be alert at the appearance of something interesting and to try to do the best job possible framing and capturing that interesting moment with his phone.  Landscape-oriented black and white photos are his preferred format.  Very minimal processing with Photoshop or other software is used.  The idea is to try to let the moment be the image.